Hafia Footbal Club has hit the headlines of African and World football in the 70's winning for three times the African Champions Cup in 1972, 1975 and 1977. Their stadium in Conakry, called "28 September", is a legend. It is also the place where the Guinean army massacred hundred of demonstrators that were asking for democracy on the 28th of September 2009... (ENGLISH) 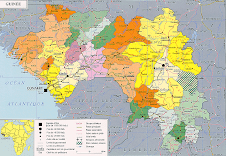